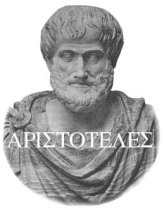 Even if in the 4th century BC Aristotle firmly believed that women were inferior to men (he defined them some kind of subordinate, deformed male, unfinished man… a friendly buddy this Aristotle, wasn’t he?), we all know this is not true. Most guys (myself included, for sure) are hopeless cases for like doing the ironing or properly folding a shirt… but this doesn’t justify any ranking between genders 🙂

Despite this, nowadays many people keep a sexist attitude and male chauvinists find it funny to look for differences between man and woman. Since such people are usually very clever (…), they may endorse their opinions by pointing out things that men have and women don’t. One of the most cited ones is the Adam’s Apple, typical of men and absent in women’s neck. But… wait! Apparently this is not true 🙂 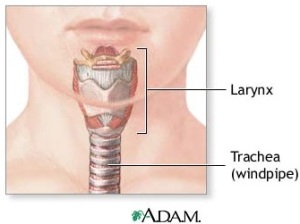 The Adam’s apple is technically known as the laryngeal prominence and is present in both men and women. The trick is just that this prominence is more visible in men than in women. Inside the human neck there is the larynx, an awesome voice box that houses the vocal chords and manipulates the volume and the pitch of our voice. The larynx and the trachea, which is located just below, are protected by a host of cartilages layers that serve as a protection for the vocal chords and as an attachment for several laryngeal muscles. The largest of these layers is the thyroid cartilage, which is positioned externally and forms the laryngeal skeleton. The thyroid cartilage has a sort of protrusion where the two anterior cartilage laminae meet and fuse: it’s the Adam Apple. The shape of such bump is an acute angle (about 90°) in men and an open arc (about 120°) in women. That’s why the Adam’s Apple is usually clearly visible and palpable in men, while it’s hardly perceived in women. 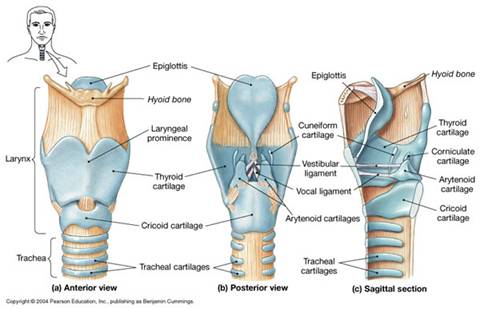 Girls and boys are born with similarly sized thyroid cartilage. During puberty, the boys’ testosterone levels increase and their voices change. This causes a development of their Adam’s Apples, which become noticeably bigger and make their voices change. Grown men have larger voice boxes, speak in deeper tones than women and usually have more prominent Adam’s Apples. 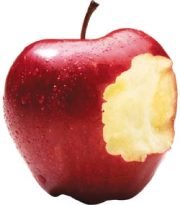 As we can learn from this website, the origins of the term Adam’s Apple “go all the way back to the Biblical event where Eve gave Adam a forbidden fruit (from the tree of Knowledge of Good and Evil), which is commonly misrepresented as an apple.  The term then basically comes from the legend that when he ate the apple, the piece got stuck in his throat and made a lump“. Then they got banished from the Garden and we all know the story… And that, kids, is how we ran into male chauvinists!